Today’s program completes the work part of Infofest 2019. The announced sessions are expected to be interesting and dynamic.

A hackathon called “Make it accessible and useful” will have its first competition day. The traditionally regionally advised Digital Mail Territory will also be held. On Friday, the Ministry of Public Administration is organizing an e-Democracy – Myth or Reality? Panel, and ReSPA is hosting its second roundtable at Infofest called Open Government and Public Service Delivery.

Payten will present the experiences and challenges of instant payments.

At the closing ceremony, following the decision of the Program Committee, awards and awards will be given to the most successful participants. 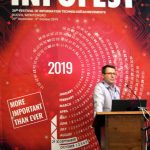 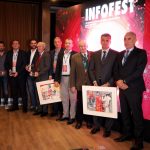